Rahne Alexander is a queer woman of rock and roll. She makes music in Baltimore with her bands Santa Librada, Guided By Wire, 50’♀, and The Degenerettes. She is occasional comedian and essayist, and her video art has been screened in galleries and festivals across the country.

She is an alumna of the Experimental Television Center. Queer Interiors, Rahne’s collaborative multimedia installation with artist Jaimes Mayhew, was commissioned by the Baltimore Museum of Art in 2016 and will be on display through August 2017. A component of this installation,The Baltimore LGBTQI+ Home Movie Quilt, was awarded a Saul Zaentz Fund Innovation in Film and Media grant. 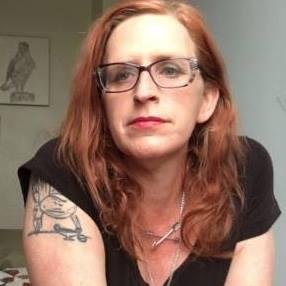 Time to listen to real music from the pros here at Radio Crown. Music will neer be the same again.